Drain of the year? Anonymous on Twitter promises to publish data about the scam, fraud and even murders in the crypto community 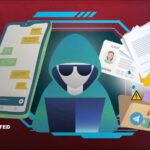 Twitter user “adyingnobody” promises leak a little more than 137 GB of information to the network, which “will split the crypto community”. We are talking about criminal schemes, fraud and even murders discussed in Telegram.

Anonymouswhistleblower” claims to have used an exploit in the messenger’s security system discovered in 2019. Thus, he gained access to the correspondence of popular crypto-influencers.

“Adyingnobody” claims that after its leak, the community will never be the same. According to the user, he has evidence of numerous crimes, acts of homophobia and racism.

“Artists who pretend to be developers. Developers pretending to be artists. Those who pretend to be rich, poor, or someone else they are not. It all came to the surface thanks to me,” says the anonymous author.

Also “whistleblower” hinted that the information concerns, among other things, influential projects in the cryptosphere. In his opinion, they simply will not survive the publication of their “dirty laundry”.

When asked why he was doing this, the author stated that he was dying. Like the protagonist of the franchise “Saw” He sees “the injustice of this world” and intends to demonstrate it to others.

The first batch of data will be published on the user’s page on June 15th. Earlier, we talked about the fact that the correspondence of the head of Terra, Do Kwon, with other members of the board was leaked to the network. It largely shows how the company treated users.

What will happen if sanctions are imposed against the NCC?


Exchange settlements according to the Gann method in our market June 9 – hourly DOWN impulses rule the ball today.