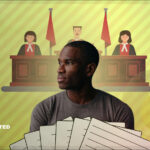 The bankers’ adventure in El Salvador: “financiers” positively assess the prospects for BTC